The latest information about the August Storm GmbH & Co. KG

Koedood obtains EU Stage V certification for Mitsubishi engines -  Koedood Marine Group has fully completed the EU Stage V certification of the Mitsubishi SR engine family  and the Mitsubishi S12A2 for inland shipping applications. All engines are equipped with the proprietary 'Koedood Engine Emission System', which removes most of the nitrogen and particulate matter from the exhaust gases and makes for a cleaner and more efficient engine operation.

The EU Stage V certificate for the Mitsubishi SR (470 to 1,250 kW) and the Mitsubishi S12A2 engines are developed in the name of the Koedood Marine Group, thus for both engine types Koedood is thereby recognized as the manufacturer of the engine.

"On top of a much cleaner exhaust,  we were able to change the engine operation so that they run 5 percent more economically than the CCR2 variant. This is done with Mitsubishi's permission and while maintaining the manufacturer's full warranty", explains Peter Snijders, leader of the Koedood Stage V team. "Mitsubishi supported us all the way in the certification process of the EU Stage V engine systems. Koedood thereby becomes Mitsubishi's partner for the supply of EU Stage V engine systems throughout Europe!"

The EU Stage V certified engines will be marketed under the brand name KEES (Koedood Engine Emission Systems). Gertjan de Gelder, Sales Manager of the Koedood Marine Group explains that “the first two ships are already sailing with them and more than 50 units have already been sold to our valued customers in the inland shipping industry!”

The certified engine emission system is perfectly suited for the load profiles of inland navigation, where engines are often subjected to long periods of low load, which can adversely affect the functioning of an emission system. When operating at low load, such as on canals, the exhaust temperature remains high enough for optimal operation of the SCR catalyst and the particulate filter (DPF), which leads to lower maintenance and consumption costs. 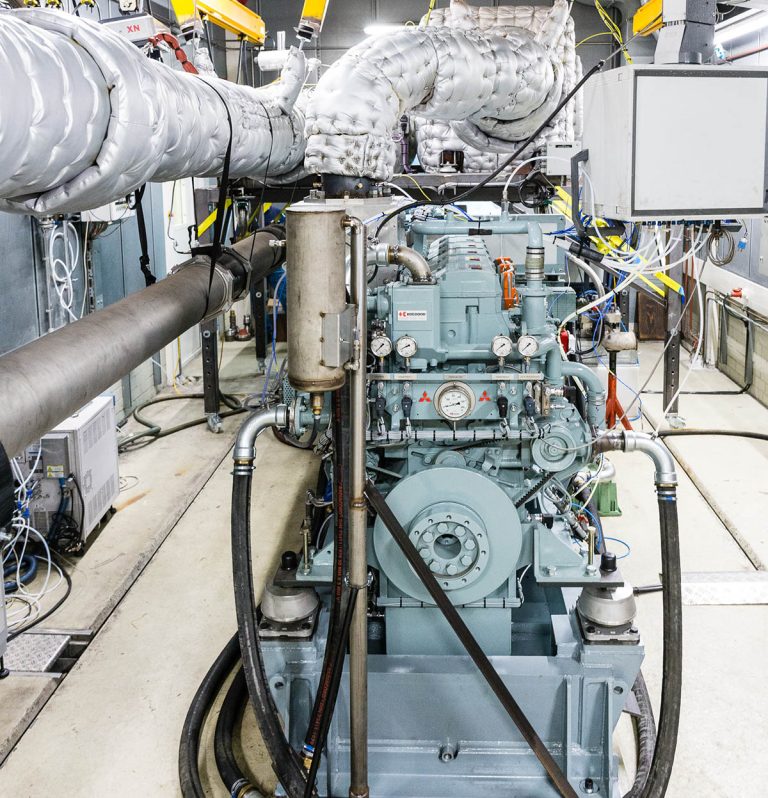